The author of White Fragility, Robin Diangelo, is taking some heat for her “Be Less White” racism sensitivity training course forced on Coca-Cola Company employees as shown by whistle blowers inside the company.

(BOC) The course, titled “Confront Racism With Robin DiAngelo,” was first brought to attention on February 20th by Dr. Karyln Borysenko, who shared four slides from the course shared with her by an internal Coca-Cola whistleblower.

Featuring a presentation titled “Understanding What it Means to Be White, Challenging What it Means to Be Racist,” the course’s Confronting Racism module told audiences to “be less white,” informing them that “to be less white is to be less oppressive. Less arrogant. Less Certain. Less Defensive. Less Ignorant. More humble. To listen. To believe. To break with apathy. To break with white solidarity.” 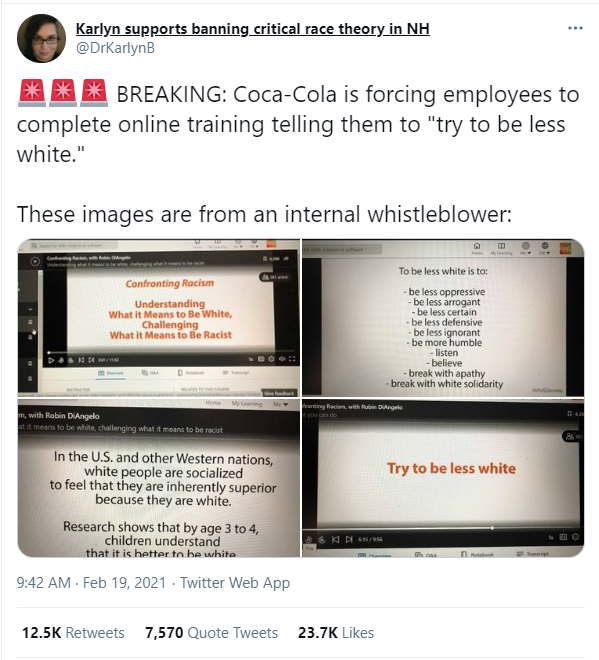 Following the course’s use being brought to light, as the company faced a massive wave of outrage over the fact that such racist material was included in their training materials, Coca-Cola issued a statement denying that DiAngelo’s video was part of their curriculum.

“The video circulating on social media is from a publicly available LinkedIn Learning series and is not a focus of our company’s curriculum,” a Coca-Cola spokesperson told Blaze Media Curation Editor Chris Pandolfo. “Our Better Together global learning curriculum is part of a learning plan to help build an inclusive workplace. It is comprised of a number of short vignettes, each a few minutes long.” 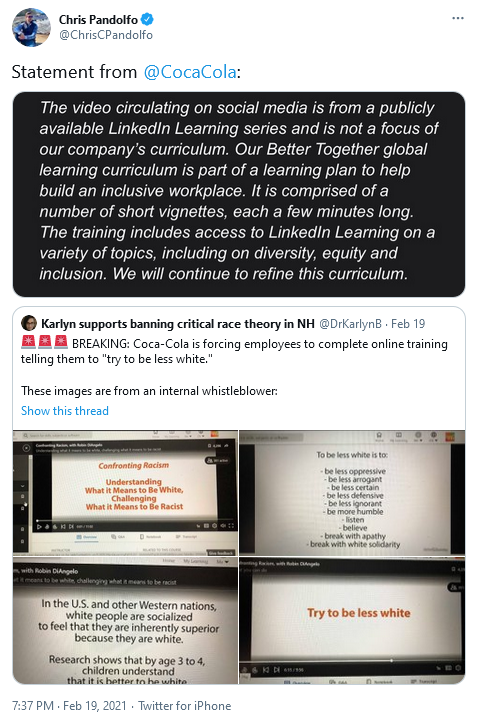 The spokesperson concluded, “the training includes access to LinkedIn Learning on a variety of topics, including on diversity, equity and inclusion. We will continue to refine this curriculum.”

In an additional statement provided to Newsweek, Coca-Cola further claimed that “the video in question was accessible on a third-party platform and was not part of the company’s curriculum, so it was not required. Our overall diversity, equity and inclusion training is required and received input from employees reflecting a wide range of backgrounds, views and expertise.” 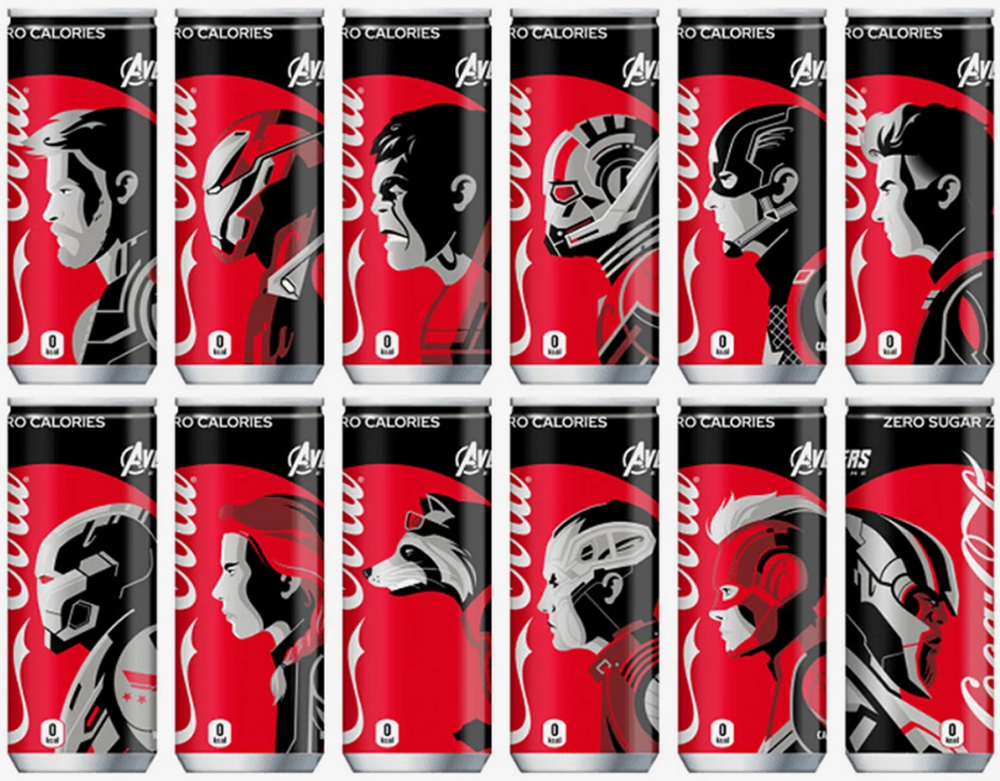 However, just days after Coca-Cola issued their above statement, LinkedIn Vice President of Corporate Communications Nicole Leverich informed Newsweek that “the Confronting Racism course featuring Robin DiAngelo is no longer available in our course library, at the request of the 3rd party content provider we licensed this content from.”

“We provide a wide variety of learning content, including more than 270 courses on the topics of diversity, inclusion and belonging,” Leverich noted. “We will continue to add new courses to help people learn the skills they need to be more successful in their career, including the foundational skills we all need to be effective allies and help build a more equitable future.” 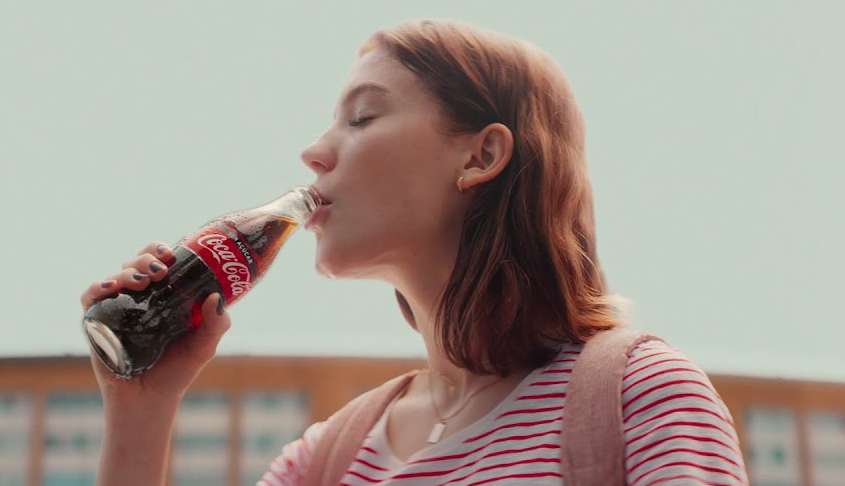 What do you make of Coca-Cola’s statement? How about LinkedIn’s removal of Robin DiAngelo’s course? Let us know your thoughts on social media or in the comments down below!

DarkDox
This is information warfare.
View All Posts

No comments yet. Why don’t you start the discussion?

Enlist in the information war with Cash App >